Is Zimbabwe cold or hot?

Zimbabwe, like every other part of the globe, is subject to temperature excursions that depend on the time of day, the season and the geographical area. The country is located in the sub-tropical region of the continent and in general the climate is regulated by two main seasons, the dry season (from May to October) coinciding with the southern emisphere winter and the rainy season (from November to April) coinciding with the southern emisphere summer. The dry season is characterized by a dry climate and a prevalence of good weather. Temperatures are generally mild during the day and colder at night and the temperature excursions is more pronounced in the middle of the season. The minimum and maximum temperatures vary according to altitude and ecosystems, and during the winter months of June and July, the minimum temperatures can drop to low values ??(3-4 Celsius degrees). On the central plateau of the Great Dyke, where Harare, the Midlans and Marondera are found, temperatures are pleasant even during the hottest months of summer, while in winter, the temperature drops at night. In this season, the regions aroun the cities of Gweru and Bulawayo are particularly cold. The Eastern Highlands, due to the altitude (which can reach 2600 m) are very cold during the winter and sometimes, at night, temperature can drop just below freezing. The Zambezi valley and the Lowveld, on the other hand, are located at low altitudes and temperatures are very hot during the central summer months and mild during the winter.
However, climate change affected Zimbabwe and southern Africa as every other part of the globe, and in recent years we have experienced a unusually longer dry season. This phenomenon allows safaris season extends until the end of December, with little rain, but, on the other hand, it hardly affects wildlife and environment.

Zimbabwe, like all Southern Africa region, is characterized by a stable political situation and there are currently no conflicts or social unrest (for updated information, consult the website of the Ministry of Foreign Affairs). The crime rate is very low and Zimbabwe is considered one of the safest countries in the world. However, as in any other country in the world, there are areas and neighborhoods where it is not recommended to go unless accompanied by local staff. The health situation is currently normal (Zimbabwe has managed COVID-19 in an excellent way, recording very low numbers of infections and deaths). Private healthcare facilities and clinics are of high quality in all major cities. In rural areas, however, health facilities may be scarce or absent. The risk of disease is not high, however it is good to be careful in contact with people, animals and in food intake. Malaria is present, for more information see the INFORMATION AND HEALTH PRECAUTIONS page. Roads, especially urban ones, can be dangerous due to poor maintenance, absent lighting, the condition of the vehicles and the behaviour of other drivers; driving at night is strongly discouraged. The greatest dangers during a safari are the potential accidents with wildlife, the risk of which is however reduced to a minimum if accompanied by a qualified and experienced guide.

Are there dangerous snakes and spiders in Zimbabwe?

Zimbabwe hosts a large population of reptiles, among which snakes are the most diversified and widespread, present in every type of environment, from the wilderness areas to the urban envoronment. There are more than 300 species of snakes, of which only a few dozen are poisonous and clinically significant to humans. Among these, less than 10 are potentially lethal for humans. Snakes, however, are shy animals, which have no predatory interest toward humans (only a 6 meter long python could swallow a man) and indeed they flee if disturbed; they bite in defense when they feel threatened, so staying away and not disturbing them is the best way to avoid accidents. This means not putting the limbs where you cannot see (holes, tree holes, bushes, dense grass, termite mounds, cracks in the rocks, etc.) and not walking in tall grass where you cannot see where you put your feet. In general, snakes avoid humans and especially during the dry season, due to the low temperature, it is very rare to meet them because most of them hybernate. There is no snake-bite that can kill you in few seconds; even the most venomous snake, the black mamba, need from 6 to 7 hours for its venom to produce lethal effects. Symptoms and consequences, however, vary in relation to the age of the injured person, his physical and health conditions, ready and proper first aid and adequate medical threatment. As well, there are many species of spiders, many of which are harmless to humans. However, some species are poisonous and some are potentially lethal, such as the small but fearsome black button. Also in this case it is good to avoid putting your hands where you cannot see and identify a potential danger. Finally, avoid leaving your shoes outside the tent or door and in any case check the inside before wearing them. Except in case of particular phobias, none of these animals should however discourage you from a safari in Zimbabwe: the statistics about accidents occoured to tourists and travelers due to snakes, scorpions or spiders are encouraging and if you follow the instructions of your guide, no accidents will happen.

Is it safe to stay in a tent?

Like any other form of accommodation, the tent is safe if it is not placed in the wrong place: pitching the tent in a dry riverbed during the rainy season means running the risk of being suddenly swept away by a flood. Placing it along an hippos’ path can lead to some inconvenience with these pachydermsn. In general, however, the location of the camp is a responsibility of the guide, who knows where and how to pitch the tents. Despite the main concern of a freshman to Africa’s wilderness is wildlife, no animal is particularly interested in our tent, except for baboons and velvet-monkeys who are used to steal food and other interesting items. Lions, like other nocturnal predators, do not pose a danger when you are inside the tent: they are not interested in us as prey, so they do not open tents to prey the occupants! Elephants can be extremely careful where they move around and are not used to step on tents if not harassed. Rather, they can break branches off trees and accidentally crash them onto the tent. Hippos, on the other hand, do not care much for obstacles: they are the main builders of “roads” in the bush, so pitching a tent along one of their paths, especially along river banks, means running a serious risk. If the concern is towards snakes, spiders and insects, be aware that tents, if kept closed, are much safer than lodges because a zip makes the interior inaccessible to these animals, which can instead easily enter a room through the hundreds of passages through the structure (under the door, from the roof, etc.). The pitching of tents is a duty of guides and staff member, who knows well how to do it in the most suitable, comfortable and safe way and place.

What do you eat?

Our camp kitchen is able to cook a wide variety of menus for every taste and every need: pasta, rice, risotto, polenta, soups, couscous, vegetable salads, pasta or rice salads, meat, fish, omelettes, pizza, desserts and much more. The cuisine can be adapted to a vegetarian or vegan diet. Desserts, wine, aperitifs and some alcohol are always available. Breakfast can be continental or English (or mixed if necessary!). Occasionally, typical local dishes are cooked to give you the opportunity to taste the local cuisine and the many varieties of typical food and drinks from the region. In public restaurants along the itinerary, you can choose from a great variety of foods, from traditional local cuisine to western cuisine, up to pizza and we will take care to drive you towards the best choice.

How is personal hygiene provided?

Camps inside National Parks or Game Reserves are generally equipped with showers and toilets. The water in the showers is warmed up by firewood geasers. In the wilderness areas where no facilities are available, our camp-showers and toilet will be at the camp and the water can be heated by solar energy or by means of a firewood.

Antimalarial prophylaxis is recommended in all areas where malaria is present or even endemic, especially during the rainy season. The type of drug must be guided by the general practitioner and / or by the doctor of the competent Health Authority. Vaccinations against: hepatitis A and B, typhus, rabies, tetanus, cholera are useful. Yellow fever vaccination is not required to entry Zimbabwe.

Malaria is a disease transmitted by parasitic protozoa of the genus Plasmodium and is widespread in Africa, Asia and South America. The vector of this parasite is a mosquito of the genus Anopheles, an insect responsible for the transmission of more than one disease. The first stages of life of the mosquito (egg, larva and pupa) preferably occur in fresh and still water, while the adult stage occurs in a subaerial environment, with mainly crepuscular and / or nocturnal habits. The adult is similar to many other species of mosquitoes which feed mainly on nectar. The Anophele female, however, needs to integrate its diet with extra proteins during the development of the eggs, and it founds it in blood of vertebrates (usually mammals) that sucks thanks to the modified sucking apparatus, which, unlike that of the male, is also able to sting. The female of Anopheles, attracted by carbon dioxide and sebaceous secretion (produced by the epithelial glands of mammals) lands on the skin and pierces a capillary. It then injects saliva containing an anticloths substance to suck out the required amount of blood. It is at this stage that Plasmodium, present in the mosquito’s saliva, can be transmitted into the host’s body. Although malaria is a plague in many regions of Africa, which (especially the one caused by Plasmodium falciparum) is responsible of a large number of victims every year, to get it is not as easy and people thinks, riding an excessive fears. To transmit the disease, in fact, the Anophele mosquito must have previously stung an infected subject and the parasite must have settled in the salivary glands of the insect (which occurs only in the genus Anophele, while in other mosquitoes the parasite is digested together with the blood). In order for transmission to take place, it is necessary to be close to an inhabited center, where the presence of infected human beigs is likely. In fact, the mosquito does not fly more than three or four kilometers away, therefore, if you are reasonably distant from an inhabited center and there are no infected people nearby, the probability of contagion is nil. The Anopheles mosquito is not active during the day, so long-sleeved outfit and insect repellent during twilight hours and at night, together with the correct use of the mosquito net at night, further protect against the contagious. In regions far from rivers, lakes and waterholes, in desert areas or at higher altitudes, the Anopheles mosquito is much less present or even absent. For proper prevention, however, it is always necessary to consult your doctor and the Hygiene Office in charge beyond any advice from unqualified people. 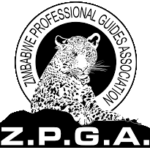 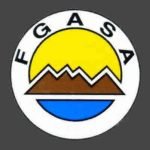 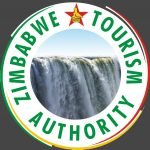 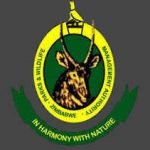